A Quick Recount of Students against Peabody

contribution to climate change and destruction of the environment. The list goes on. Meanwhile, Peabody’s CEO, Greg Boyce, sits on WashU’s board of trustees and makes financial and development decisions for the university. Student resistance to Peabody is as old as Boyce’s tenure on the board and the adjoining creation of the Consortium for Clean Coal Utilization created by WashU in 2008.

Students Against Peabody formed at the start of the 2014 sit-in, and was the one of the largest sustained direct actions organized by WUSTL students in many years. Below is a short history of some SAP’s actions and events. 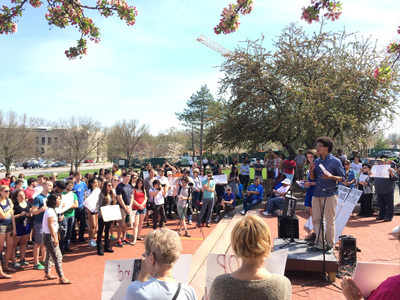 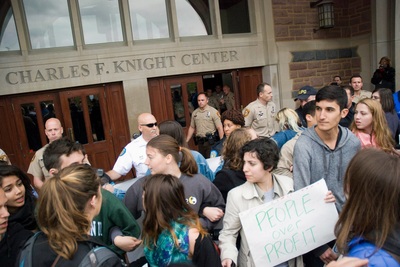 Participation on the Students Against Peabody planning committee trained 40+ students in mobilizing over 2000 members of the WUSTL community to rallies and events. Petition signatures gathered totaled 680, including 30 faculty members’ public signatures of support. Students Against Peabody attracted media attention further emphasizing frontline resistance to Peabody in 66 articles including media outlets such as the New York Times, Huffington Post, Upworthy, and Rolling Stone. Online videos have 15,000+ views as off August 2015.

SAP strove to encourage accountability and strength in its organizing structure through building a leadership base of students working in tandem with Missourians Organizing for Reform and Empowerment as well as residents and organizers of frontline communities in St. Louis, Rocky Branch, Illinois and Black Mesa, Arizona. SAP attempted to emphasize the effect of Peabody’s actions of low income communities and communities of color, and actively resisted falling into a whitewashed environmentalist approach to change - taking the stance that a just transition or divestment from fossil fuels couldn’t happen at WUSTL without removing the corporate stronghold over education.

Student protests are often testing grounds for newly politicized young activists; WashU and St. Louis have not seen the kind of Ferguson Uprising political moment currently happening in this city in many years, and for the WUSTL student body, SAP conducted and organized a radical campaign within a campus that had little recent experience with direct action. Many students—who have gone on to organize beyond Brookings—grew through lessons learned in SAP organizing and actions; developing working commitments to being held accountable when standing up for justice were central to this learning process. In turn, Students Against Peabody would not have been made possible without mounting organized political responses to WUSTL administration in previous years along axes of race, class, and climate justice. These struggles all remain vital and connected to one another, both on campus, in St. Louis and in the wider world.
Media, press statements, more details on Peabody’s assaults and connection to WUSTL, etc. can be found online. 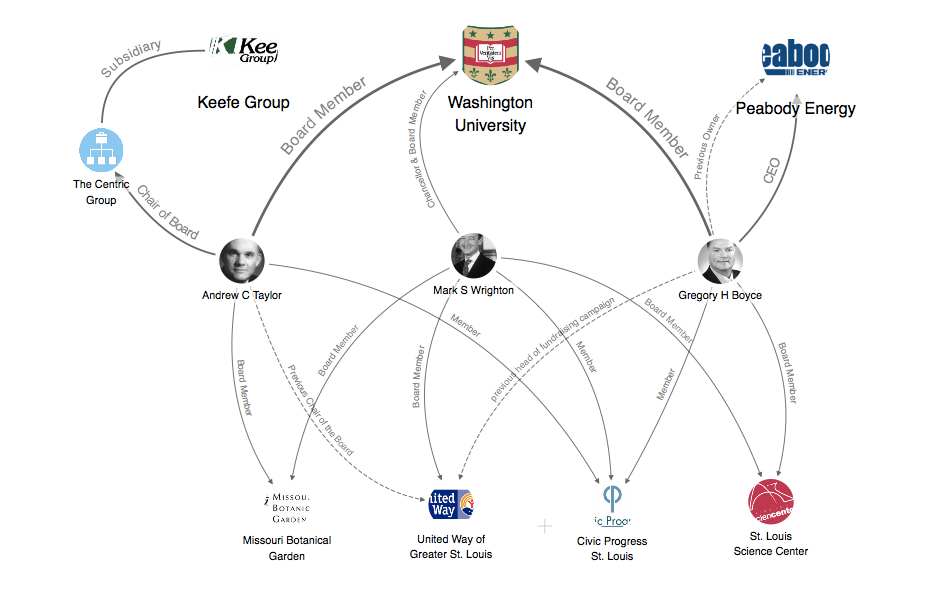 “I want Greg Boyce off our board of trustees because I want Washington University to start considering how its profits and prestige are predicated on the extreme violence of Peabody’s corporate colonialism and the active displacement and disruption of rural communities and communities of color. This school needs to identify itself for the prestige industry it is and take steps to recognize its fundamentally unethical behavior in continually buttressing the Peabody corporation, defending their false "clean coal” rhetoric and disregarding the health, homes and livelihoods of the people they profit from. I stand with indigenous communities against neocolonialism, and with every community experiencing environmental and political injustice at the hands of Peabody corporation. I don’t want to be embarrassed by the violent apathy of my university to these very real struggles for survival. WashU has the opportunity now to be leaders in a project of justice within the academic industrial complex, and it is deeply troubling that they do not see this as imperative.“
– Georgia M., Students Against Peabody