Existence as a muslim south asian 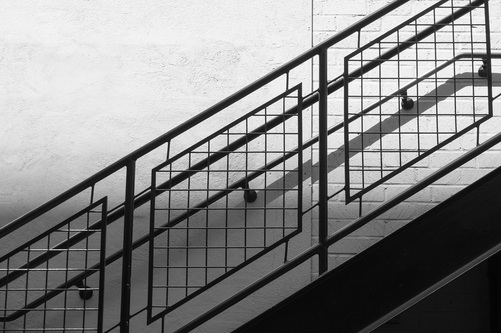 ​This narrative specifically pertains to a South Asian Pakistani Muslim student’s experiences on campus. This is a limited perspective and does not take into account the differing experiences of other religious minorities in South Asia (including Sikhs, Christians, Buddhists, Jains, and others) or the experiences of individuals who are impacted by colorism, caste, SES and the North-South Indian divide; nor does it pertain to the privilege that South Asians possess based on their model minority status.

~~ This is for every South Asian who has felt excluded not only from the larger Asian community but also from the dominant Hindu-Indian nature of South Asian existence on campus. ~~


When you must grow accustomed to hearing all desi/South Asian food referred to as “Indian” food, when you come to accept that you can only celebrate South Asian culture on campus through Hindu religious festivals such as Diwali but not through Muslim festivals like Eid, existence on this campus as a non-North Indian Muslim becomes complicated. For a region that is home to more Muslims than the Middle East, Ashoka’s Hindu-washing of South Asian culture normalizes a Hindu-only, Bollywood romance for white consumption that leaves no room for conversation about Muslim existence in South Asia. When the only dominant South Asian space on campus is orienting itself to white praise, white recognition and white supremacy, it is alienating for those South Asians who are being ridiculed, racialized and disrespected by whiteness today – i.e. all non-Hindu, non-upper caste South Asians – in other words, the majority of South Asians.

As a brown woman from a Muslim-majority country, you must not only constantly navigate your race and ethnicity but also your religion on a white majority campus – you are negatively impacted by harmful stereotypes that are unique to South Asian Muslims. You are expected to fit the Malala narrative. You are exoticized in the dating/hook-up scene for belonging to a hijabi culture. You are assumed to come from the “mystical” East. You’re seen either as a terrorist or someone who needs to be saved from a terrorist culture. When there is no desi space on campus to come home to and decompress this oppression, you are subjected to an overwhelming emotional exhaustion brought on by your exclusion and erasure from what you thought would be your very own community.

As somebody who understands the need for assimilation, Ashoka’s strategy to brand itself in a way that makes it palatable to a white supremacist culture makes sense. But while the campus group names itself after the Hindu-turned-Buddhist conqueror who rejected caste Hinduism, it fails to hold itself up to the standards of anti-majority, social responsibility and justice that it names itself for. That is to say that Ashoka tends to gloss over non-majority identities existing within South Asia by never officially recognizing or celebrating them, and overall it exists on campus as a mostly apolitical space. Furthermore, naming is important. So why does the name for the group automatically normalize an image that is not inclusive of all South Asian identities? And even if one can gloss over the non-inclusive name, we must openly acknowledge that most of the events celebrated by the group (such as Diwali and Holi) tend to fit into the Bollywood-esque, yoga-practicing, Hindutvized idea of India that exists in the exotic-craving white mind that seeks to both fetishize and appropriate our very existence. And don’t we deserve a space that is created by and for us, not the white gaze?

All of this is to say that whiteness operates on the larger campus in the same way it operates within South Asian communities. The same kind of whiteness that hates Islam is the same kind of whiteness that makes space for an exoticized version of Hinduism. We must question why our white liberal campus celebrates its love for the silent universalization of upper-caste Hindu norms and cultural codes by encouraging white women to wear saris and bindis to formals and by buying out entire shows to Diwali within hours when it never questions anti-Muslim racism.  Can we envision a space that drinks chai as much as it reflects on imperialism and how it’s internalized? That can do bhangra while also addressing how assimilation politics can sometimes lead to the erasure of certain peoples within our communities? Can we envision ordering food from Indian vegan restaurants all the while acknowledging how Modi’s US-backed political drive towards Brahmanic vegetarianism perpetuates the erasure of Dalits and Muslims in India? Somewhere we can eat roti and also address drone strikes in Pakistan? A space that challenges this white majority campus to be more inclusive all the while practicing radical self-love by holding itself up to a more liberatory standard?

The goal is not to place blame within our communities (our existence as peoples of color in our current and historical context is necessarily inherently radical) but to realize that we operate within a global white supremacist, imperialist, patriarchal culture where the personal is deeply political. The goal is to track the tenacious contract that whiteness has with upper-caste power. Hence, there is a need for a space that is not just inclusive of all South Asian students but also a need to make those spaces politically transformative, where we can radically fight the oppressions we face as well as stand in solidarity with groups such as SJP, WUSIS, and other political groups with whom we share many common goals. We cannot afford to be apolitical when our survival as brown, black and red bodies depends on our active resistance against white hegemony. Although Ashoka’s support for bringing Darkmatter to campus and for entertaining the idea of starting a South Asian social awareness group are steps in the right direction, we still must ask ourselves why we chose silence when Palestinian poet, Remi Kanazi, was banned from speaking on campus. Why our community was largely silent during the Black Lives Matter protests. Why when Mohamed-taha Omar, Adam Mekki, and Muhannad Tairab were murdered in Indiana, Ashoka and Muslim Students’ Association shared a post offering support to “all Muslim brothers and sisters”, rather than black Muslim brothers and sisters. Ashoka’s show of support for Muslim students is laudable but it is important when showing solidarity to recognize that violence occurs at the intersections of identities, in this case at the intersections of an anti-black anti-Muslim racism. The goal is to recognize that this questioning and this education and this resistance work are exhausting. The goal is to nurture safe spaces to foster radical love that uplifts and helps resist the dehumanization and consumption of our communities by the dominant culture. We must make a commitment to radical transformative change – and that begins with loving and supporting each other. We must open up spaces for reflection on internalized racism, erasure and commodification of peoples within our community. We must extend cultural diversity beyond the surface level – beyond assimilation.